What To Stream This Weekend From The Boston Film Festival

This week marked the beginning of the 37th edition of the Boston Film Festival. Almost a year after the ongoing COVID-19 pandemic forced the festival into digital space, it returned Monday — albeit in a limited capacity — to a public venue. The Omni Boston Hotel at the Seaport hosted a number of screenings, acting as a central hub to film festival activity, alongside venues that included Rabb Hall at the Boston Public Library, the MIT Media Lab in Cambridge and the Shalin Liu Performance Hall in Rockport.

With the weekend approaching, the Boston Film Festival will transition to virtual screenings that feature a mix of film categories. Animated shorts, short films, and feature films are all represented, but it’s documentary features that dominate the programming this weekend.

The following films are available for streaming through Sunday night. The full schedule, and streaming instructions, is available through the Boston Film Festival website.

One of several sports-themed features, Charlestown director Kathy Kuras’ Open Field tracks the gridiron football derring-do of a number of women in a male-dominated sport. Included in this examination of Women’s Football are the careers of Sami Grisafe, a former quarterback who represented (and earned gold with) team USA in the first three outings of the International American Football Federation’s Women’s World Championship. Also notable is the story of Katie Sowers, who played Defensive Back and Wide Receiver in the Women’s Football Alliance before joining the NFL, where she began a coaching career that has included time with the Atlanta Falcons, the San Francisco 49ers, and currently, the Kansas City Chiefs.

I Come from Far Away

In 1995, Nyamuon Nguany “Moon” Machar and her parents arrived in the United States as refugees from South Sudan. They settled in Portland, Maine — the largest city in one of the most predominantly white states in the Union. Now she’s 30 years old and an army veteran, spoken word poet, storyteller, and a cultural representative for Disability Rights Maine. In this documentary by Charlie Stuart, Moon tells the story of how her family — and 600 other individuals — settled into a Maine that was coming to terms with its status as a hub for asylum seekers searching for safety and peace.

In early August 1945, the United States detonated two atomic bombs over the Japanese cities of Hiroshima and Nagasaki. While these events accelerated the end of the Pacific Theater of World War II, the effects of the weapons on human health and life was kept from the general public. Although US Army and Japanese news crews captured footage of the radiation’s terrifying destruction, these reels were taken and classified by the U.S. government, shielding civilians from the knowledge of the full power of nuclear weapons while the Cold War arms race escalated. Greg Mitchell’s documentary Atomic Cover Up is a showcase of the Japanese and American news crews’ suppressed footage that, he says, “represents, at least in part, the film they were not allowed to make, as well as a tribute to documentarians everywhere.”


Robert Flame Lamothe’s meticulously titled South Shore People Power: Fore River Residents Say No Fracked Gas Weymouth Compressor Station follows the environmental activism in the communities of Weymouth and Quincy. The central conflict here is summed up in the name of the documentary itself: Pipeline company Embridge — self-styled as “North America’s premier energy infrastructure company” — has been planning to install a fracked gas compressor station on the Fore River Bridge. This film documents the ongoing fight that some residents have been actively waging against this project for the last five years.

As poet Ruth Stone (1915-2011) was approaching middle age, her husband died by suicide. Left to raise their three children alone, Stone flung herself into her work, traveling the country teaching her craft. Over the course of her life, she racked up a number of awards, including the National Book Award for Poetry and, in 2009, the Pulitzer Prize for poetry. After Stone’s death, her granddaughter Bianca took up the task of renovating Ruth’s Vermont home, turning it into a writer’s retreat. This film takes viewers on an intimate journey through Stone’s life and work, demonstrating how far-reaching her legacy is for generations of writers honing their craft. 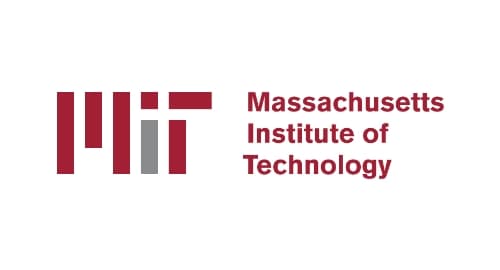 As the origin of many illustrious storytellers, Boston provides an idyllic setting to experience a
festival of motion pictures. The City is resplendent with breathtaking historical architecture
juxtapose to modern designs including the development of a new vibrant waterfront. Boston is a
walkable city that has become a Mecca for film and tourism.

The Boston Film Festival takes place during the spectacular fall season when the city is bustling
with the return of University students, and the Red Sox are battling for the pennant. A program of
feature, documentary, short and animated films.

Get the latest news and updates on The Boston Film festival.